​June 29tht, 1950  Gospel Text Publishers was incorporated as a non-profit faith organization for the propagation of the Word of God by Brother Enos Brubacher who was also known as Admiral of the Fleet.  In 1939, my father first became interested in gospel signs while attending a Sunday School in St. Jacobs led by Orton Koch.  He expressed his desire to present the Word of God beyond the four walls of the Church.  He told how he had seen a four foot square sign with “Prepare to Meet Thy God” printed on it, nailed to a fence along a road near Kitchener, Ontario.  “This is what we need to do, post the Word of God along roadways, homes, churches, and business places using commercial signs.  We should not keep this good news to ourselves, let us go tell!”  he said.  He went on to say how he had contacted a commercial sign company in Kitchener and arranged to rent a commercial sign and have the Word of God printed on it for $35.00 per month.  This left an indelible impression on my father’s youthful mind.

At the same time another young man, Duncan McIntyre, from another denomination and member of the Canadian Baptist Tract Society, desired to place gospel signs.  Eventually, these two men met.   Canadian Baptist Tract Society became  Forward  with Christ Movement when gospel signs were added to its ministry.  Prayer meetings were held and both men became very interested to place gospel signs.  One of the first signs built was  a 10’ x 50’ made of wood.  When Brother McIntyre decided to go into the United States, he asked Brother Brubacher to direct Forward  With Christ Movement.  He accepted the position.

In 1946 Brother Brubacher  sold his farm near Elmira and opened a Christian Bookstore in Elmira called, Light and Life Bookstore.  Now as director of  Forward With Christ Movement, most of his time was spent presenting gospel signs at prayer meetings which became known as the Mariners With Christ Prayer Meetings. His wife, Elizabeth, managed the bookstore and raised their two children, Florence and Demas.  Dad had a way to keep us all involved.  At the age of 10 years he provided Florence with typing lessons so she could type the correspondence and mailing lists.  Demas was trained as a store clerk.  In the summer we enjoyed traveling with Dad to many parts of Ontario visiting churches and presenting gospel signs.  Many times we helped erect those heavy wooden signs and paint on the undercoat.  Gospel signs became part of our family.

On June 29th, 1950 The Forward With Christ Movement became Gospel Text Publishers incorporated as a non-profit faith organization and directed by a Board of Directors.  Gospel Text Mission was registered as the Trade Name.

In 1953 Brother Brubacher spent three months in Jamaica, WI promoting gospel signs and preaching the Word of God.  It is recorded that 47 gospel signs were placed.  Some of those signs remain today.

In 1959 Brother Brubacher accepted the call from the Lord to be Pastor of the Eganville Baptist Church, Eganville, Ontario.  He ministered there for 8 years and than 2 more years at Seaway Baptist Bible College, Cornwall, Ontario.

In May, 1969 Brother Brubacher started publishing “The Mariner” a quarterly newsletter informing people about the sign ministry.  Today we have over 3,000 on this mailing list.  The first newsletter was one sheet with no heading.  From 1970 to 1973 it went through several letter head changes.  From 1980 until 1999 the publication became a six-page booklet with Brother Brubacher’s editorial known as “Write the Vision” along with many testimonies and pictures of gospel signs.  However, in 1999 rising costs decreased it once again to a one double-sided page.  2011 the  Newsletter was renamed “THE GOSPEL SIGN REPORT”.  Today it is only sent out by email.

On June 1, 1989 Gospel Text Publishers (USA) was incorporated and established in Madison, Tennessee under a Board of Directors and Rev. Casper Koning as Director.  Many gospel signs are being placed in the United States yearly.  In 2018 Casper Koning retired as director of Gospel Text Publishers (USA) relocated to Cross Plains, TN.  Richard Reid from Brockton, MA took over the leadership on June 30, 2018. They have a website www.gospeltext.org

The gospel sign frames have changed from wood to steel and now alumapanel. Sign sizes have vary from the large rental to our present 3’x 5’ and 5’x 10’ sizes.  The 16”x 24” corplast signs are very popular.  These signs are available in English, French and Spanish.  Recently, we have added the small steel “garden” sign with an L-shaped post.  All texts are direct quotations from the Word of God.

Much of the success of the sign ministry must be attributed to the  volunteers who give of their time to help erect and deliver signs, assist at special events, help in the office, present gospel signs at churches and other ways too numerous to list.  The gospel sign ministry would never have continued without these people who believe in the ministry and generously donate their time and money.

Presently, there are distributors throughout Canada who locally present the purposes of Gospel Text Mission, provide storage for signs and then help place them.  The willing efforts of these workers has given the gospel sign ministry a national outreach.

It is a delight to share the ministry of Gospel Text Mission in churches and homes, special events and Mission Conferences.   A representative from the Mission is always available to attend your function.   Call 1-866-879-0230

In March 1995, the Lord called brother Brubacher, The Admiral of the Fleet, home to glory and also his wife, Elizabeth in August 2006 who had been his secretary for 45 years.

At present the Mission is led by Florence Junop, who manages the office in London, Ontario.  Changes have taken place but the Word of God has not changed and is still as powerful as it was in the beginning.  It will never fail.  The Gospel continues to be preached.

“For the Word of God is quick and powerful, and sharper than any two-edged sword, piercing even to the dividing asunder of soul and spirit, and of the joints and marrow, and is a discerner of the thoughts and intents of the heart.”  Hebrew 4:12

Gospel Text Mission Motto is
“HOLDING forth the WORD of LIFE”
Philippians 2:16 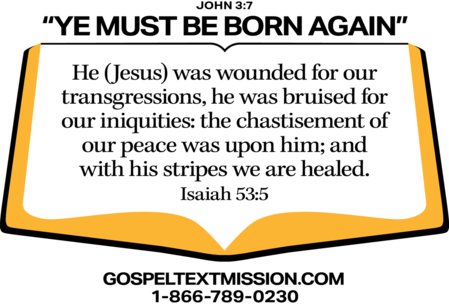 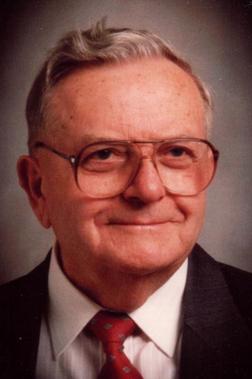 "For by grace are ye saved through faith..." Ephesians 2:8